wags83 wrote:Source of the post So does Al think that Earn brought the gun on purpose to sabotage Clark? That's what it seemed like by the end of their conversation, but it seems like kind of a stretch that he would be counting on running into them and going through TSA at the exact same time.

I don't think so. When they were talking, he specifically said something like 'this is one of the things im talking about' for being stupid. It's possible, but I think he just thought he was covering and taking down the manager instead of the rapper.
Top
cwilkins88

cwilkins88 wrote:Source of the post he specifically said something like 'this is one of the things im talking about' for being stupid.

That's what I heard too which initially made me think he was confirming to everyone that he will fire Earn, but then he said things like "nobody gets me like you do" and stuff like that, which made me think he's keeping Earn. Maybe the two statements were unrelated.
Top
wags83

I think he is keeping him now, but before wasn't going to?
Top
cwilkins88

Tyler wrote:Source of the post Renewed for a 3rd season

I should hope so with the cliffhanger of an ending season 2 had. When I was watching, I didn't realize that was already the season finale.
Top
wags83

Donald Glover dressed up as his character Teddy Perkins at the Emmys. 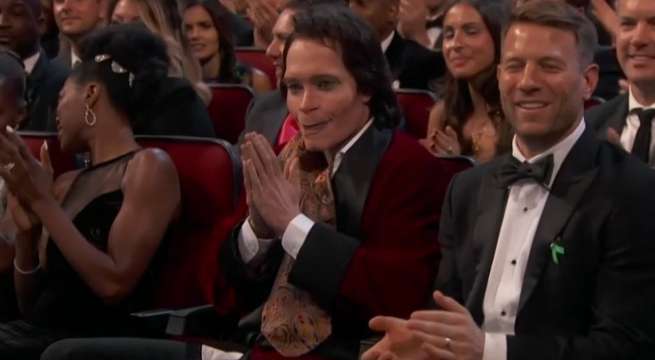 That had to be so odd for people who didn't know what was going on. I wonder if there is any red carpet footage of it
Top
Tyler

Who Came in Character as Teddy Perkins, Atlanta’s Scariest Character?
It’s not Donald Glover, or Lakeith Stanfield. Whoever he may be, let this Atlanta-inspired image forever haunt your dreams.

That is hilarious. I had to do some research to figure this out...
All Signs Point to Jay Pharoah Being Teddy Perkins at the 2018 Emmys
Top
Tyler

I like the theory that it was Joel McHale based on the height, but the internet was quick to point out that it's a black man under the makeup.
Top
Tyler

Man, that article makes it seem pretty uncertain that Atlanta is even coming back at all. It says they're writing still, so I guess that's good.
Top
wags83

The 4 main characters from this show really blew up this year. I'm not surprised to hear it's delayed. I can wait, but I hope it does come back eventually.
Top
Tyler

Oh man, that's exciting but also means it's not going to be ready for a while.
Top
wags83

wags83 wrote:Source of the post Oh man, that's exciting but also means it's not going to be ready for a while.

But at least the wait between 3 and 4 will be small. i wasn't sure if we would ever see another season because of schedules. Brian Tyree Henry (Paper Boi), LaKeith Stanfield (Darius), and Zazie Beetz (Van) are legit movie stars now.
Top
Tyler

‘Atlanta’ to Return to FX in 2021
Top
Blue Jackets

Users browsing this forum: No registered users and 8 guests